In order to be successful at Overwatch there are a number of very basic skills we as a group can hone to put ourselves at a competitive advantage.

First and foremost, team communication goes a long way. Simply getting a team together that uses their microphones boosts your winrate significantly. Calling out enemy positions, stating what needs to happen, and communicating your location and objectives is very helpful because it gives the rest of your team an idea of what's happening without them physically seeing it - think of your microphone as a sort of legal map hacking. When you don't use it, you're taking away information from your team.

However, the most important communication can happen while you're picking heroes. Ask questions like: What team composition will work best? Do we have adequate healing? Do our team picks work in concert with each other, or are they all left on their own to solo? Can our heroes combo well with each other, or are all heroes forced to do their own thing? Are we going to have a reasonable amount of counters to what we can reasonably assume the other team has? Are we going to rely too heavily on flanking heroes? Do we have adequate shielding?

The answers to these questions really matter.


Before we discuss further, it's worth making a few points about heroes and competitive matchmaking in general: See here for Hero Tier List

While different heroes are stronger on different maps (Pharah is generally weak on the second point of Kings Row, Reinhardt is very useful on maps with choke points), the way heroes interact with each other is much more important. The best example of this is Zarya: Without another tank to consistently shield, she charges energy and her ultimate much slower. Without a strong damage burst (Hanzo, Tracer, Pharah) to combo her graviton surge with, her ultimate ability is useless. This takes one of the best tanks and makes her less helpful to the team.

We want to go about creating a team composition which maximizes damage output, shielding, healing, and the ability to combo with other heroes to get the best efficiency and ability to eliminate the other team on-demand.

How do we go about achieving that? We can build a team composition based around tanks, or based around damage. The healers can fill as necessary. Since ultimately damage output matters more than tanking, let's build around damage for the purposes of this post:

Based on global statistics, Reaper has the most eliminations per game, with 30.54 elims. Tracer is second with 30.52, and Soldier: 76 is third with 30.47. Statistically, we can classify all of these as being virtually identical, as the next hero is Genji with 28 elims per game. Since Reaper and Genji are both ineffective vs. range, it is fair to say that their effectiveness vs. a whole team composition is lesser than that of Soldier: 76 or Tracer. However, Reaper has better comboing abilities than Genji or Soldier: 76, as he can combo with Zarya, Reinhardt, Ana, and Sombra.

Tipping the scales in favor of Tracer and Reaper is the fact that both heroes have a higher average objective time than Soldier: 76, ranking 6th and 7th among all heroes respectively, more than 30 seconds higher on average than Soldier: 76. Tracer and Reaper also have more objective kills per game, but Soldier: 76 has significantly more damage done per game, ranking second among all heroes to Bastion. All three damage options are terrific ways to deal damage, rack up kills, and capture objectives, but due to the high play-rate of heroes like Pharah, the Tracer/Soldier: 76 combination of damage and speed is second to none. Soldier: 76's ability to stay with the tanks and healers and deal damage and healing on-demand is more useful than Reaper's 50hp self-healing upon kills and flanking.

Tanks
The number one question you need to ask when choosing a tank is "Do they do anal?"
Currently, Reinhardt is considered the top-tier tank, and is chosen in 95% of "pro" competitions. Reinhardt works well with almost any other tank, and allows for mid-range damage heroes like Soldier: 76 and McCree to be protected while firing. Reinhardt does not pair well with Tracer, Reaper, Genji, or Pharah, but works fairly well with every other tank. Ana and Mercy are the best healers for Reinhardt. While Reinhardt's kills-per-game are some of the lowest in the game, his zone control, objective time, and crowd-control abilities are certainly some of the best, and his hammer is a deadly counter to many heroes. A good Reinhardt will communicate their shield strength and positioning, and ensure his team is able to make forward progress.

Other tanks can fill in damage where Reinhardt lacks: Roadhog, Orisa, and Zarya all have high damage outputs. For the purposes of our discussion and due to the newness of Orisa, we're not entirely sure how effective she can be yet. Roadhog can receive shielding from Reinhardt, his hook is great for getting quick pick-offs, and his ultimate is great for zoning out a capture point. However, his major drawback is his lack of comboing ability with the rest of the team. In the wrong situation, Roadhog's ult can do more harm than good, as it pushes enemy heroes out of allied abilities.

As a tank, Zarya provides the least amount of damage blocked, but her shield-on-demand can mean the difference between life and death, and allows for more mobile characters to take slightly more risks. She and D.Va have the highest elims-per-game, but Zarya has the highest objective kills, high objective time, and an ultimate ability which, if executed well, can win every game. Her damage output compliments Reinhardt's lack of damage output, and she is an effective counter to D.Va, Genji, Mei, Zenyatta, and Symmetra. In a game that comes down to how ultimates are used, ultimately you'll want Zarya on your team.


Healers:
Lucio is now considered the top-tier healer. His constant passive healing, strong ultimate, crowd-control, and speed boost make him a versatile addition to any roster. Speed boost can make heroes like Reinhardt and Orisa significantly more effective, and allows the allied team to get to the point ahead of enemy team. His line-of-sight healing gives heals to the whole team and provides healing to Tracer, Genji, and Pharah where Ana can't as easily.

Ana: As a single-target healer who can rapidly switch between targets, effectively damage the enemy team, and utilize great crowd-control, Ana packs a punch and is a powerful addition to any team. Her jar ability shuts down any Zenyatta ult and works great in combination with Zarya offensively, and increases Lucio's healing by 50%. Her ultimate ability gives Reinhardt, Soldier: 76, Tracer, and Genji crazy damage and durability, or combine it with a high-energy Zarya to pwn the enemy team.

Mercy: While her single-target healing is powerful and her damage boost is useful, Mercy's main utility is her resurrection ultimate which can make or break a team. She is easier to pick off than any other hero, and provides nearly no offensive support other than her damage boost. She can definitely take a back seat to Lucio and Ana.

Zenyatta gets an honorable mention for being able to do long-range heals with his harmony orb, high offensive damage output, and his discord orb allows Soldier: 76 and Tracer to kill heroes in one clip. However, his lack of mobility, low HP, slow healing, and inability to damage while ulting are liabilities.

Other:
Symmetra gets an honorable mention in Silver > Plat for her high finishing power, teleporter, and shield generator. She can be a crucial part of a defense.
Junkrat is an almost useless hero. Don't pick him unless you want to cash in on his second-lowest winrate.

Based on the above assumptions, we can begin to put team composition together based on strength and combo ability.

Let's assume two basic facts: We need a Reinhardt because he's Reinhardt, and we need a Zarya for the combo ability.
We therefore need a Tracer or Reaper to combo with, but Tracer has more utility as an offensive hero, less counters, and a higher overall win rate We want good damage, so a Soldier: 76 is probably a better choice than Reaper, and his hitscan ability to help counter Pharah is essential.
Pharah gets an honorable mention for her combo ability both with basic attacks + Tracer, and ultimate with Zarya, and overall damage output. However, Pharah's damage, eliminations, and objective time is all significantly lower than Soldier: 76's, and so he brings more to the team.
Symmetra can replace Tracer on defense.
Lucio is the best healer to combo with a Tracer, and Lucio is 2x as effective with an Ana on the team. Mercy can replace Lucio on defense, as resurrection saves lives.

To round this whole goddamn tl;dr post out:
Proposed best teams:

Re: Understanding Competitive Team Composition aka "How to Avoid Shit-Picking Your Way to a Loss" 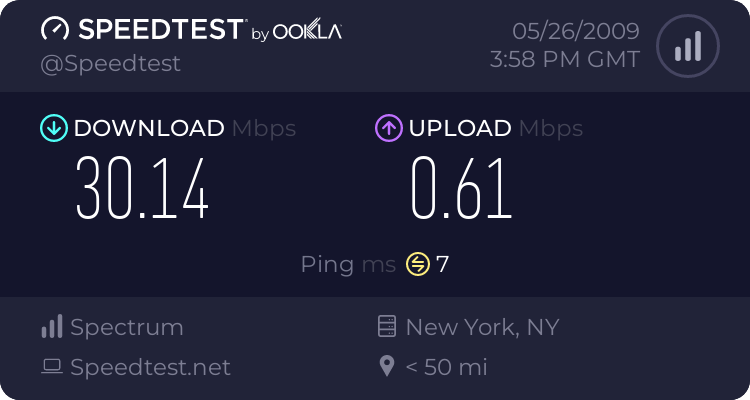 Re: Understanding Competitive Team Composition aka "How to Avoid Shit-Picking Your Way to a Loss"

This is a very good writeup and I wish everyone would read it. A+++